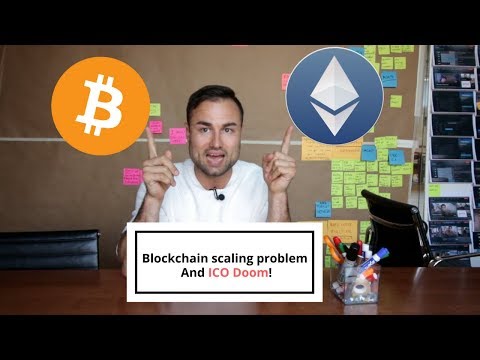 Bitcoin Full Node: I repurposed some gaming computer parts and built a full node. (With Pics.)

I've been buying some Bitcoin lately and was interested in building a full node so I repurposed some old gaming computer parts that I had lying around.
Here's the computer specifications and costs of new parts:
​
Cost of new parts for this computer: $235.00 USD
​
My observations:
​
This computer is way overkill for a Bitcoin Full Node but works really great! I was unsure of what was really required for a computer to run a full node but after having this computer up and running for a few days I have a much better understanding.
​
It hardly uses the CPU at all. I think that this is why you can run a full node on a Raspberry PI. The CPU on this computer typically runs at less than 5% utilization and more like 2%. It is basically sitting at idle all the time.
​
I upped the data cache memory available in the Bitcoin GUI (Don't really know if this works or not?) to 5000 MB. The most RAM that I have used in several days of running has been less than 4 GB. (4000 MB)
​
Once you get it up and running you need to open port 8333 on your router or it won't allow other computers to connect to you. Once you have port 8333 open, 20 computers will be able to connect to you and you will be able to connect to 10. There is very little documentation in how to do this (No step by step.) because all routers are slightly different and use slightly different terminology. It is not really that difficult. What you really want to do is called "port forwarding" and you want to find those settings in your router and port forward port 8333 in both directions. (Hope that made some sense. I'm not very good with networks!)
​
My WiFi network and the connection to this computer is fast. I pay for 400 Mbps down and 20 Mbps up and I have a WiFi 6 router and a WiFi 6 adapter card in this computer. Speedtest says that this computer is connected at 380 Mbps down and 20 Mbps up. I'm about 40 feet away from the router.
​
The Bitcoin Full Node is always transferring data on the network. It seems to be in small packets/batches but it is always sending or receiving or both. It doesn't use much bandwidth at one time so shouldn't cause lag on your network. In my case it typically stays under 500 Kbps but will on occasion spike briefly to 2000 Kbps (2 Mbps).
​
I was very curious as to how much electricity this computer would use so that I could determine if I could afford to leave it on 24/7 or not. I plugged the computer into a watt meter that you can see in the pics. The computer swings between 32 and 35 watts while up and running on the Bitcoin network. This is like idle speed for this computer IMHO. 35 watts running 24 hours = 840 watt hours 840 watt hours X 30 days = 25200 watt hours or 25.2 Kwhs (Kilowatt hours is how you are charged by your utility) My utility charges $.12 per kilowatt hour so... 25.2 Kwh X $.12 = $3.03 USD per month. I hope I can afford that!
​
Here's some pics: Bitcoin Full Node from Repurposed Parts

EmpireCrasher.exe - Why Humans should never have an intergalactic internet connection

You make no money running a full node currently, protocols may change in the future. There are still a few good reasons to run a full node though. It's cool, you get to contribute to the health of the bitcoin community more than just filling up r/bitcoin with posts (i.e. warm fuzzy feeling). You can connect your hot wallet to your own full node ... In this situation, not really. Bitcoin's proof-of-work scheme means that if you see two different versions of the blockchain, whichever chain is longer will (with very high probability) be the globally-accepted version. But that assumes you have the ability to communicate with at least one non-malicious node. Great! Now our Raspberry Pi is setup, we’ve got the latest-and-greatest updates, and enough disk space to host a full node. On to Step 2. 2. Compile, configure, sync, and broadcast a full Bitcoin node. First, install the pre-requisites needed to compile and run Bitcoin. The Bitcoin Full Node is always transferring data on the network. It seems to be in small packets/batches but it is always sending or receiving or both. It doesn't use much bandwidth at one time so shouldn't cause lag on your network. In my case it typically stays under 500 Kbps but will on occasion spike briefly to 2000 Kbps (2 Mbps). I was very curious as to how much electricity this ... The number of bitcoin email scams has been growing in 2020 and the authorities in several countries have warned of new blackmail tactics used in threatening email scams asking for bitcoin. As the world scrambles to cope with the coronavirus pandemic and economic crisis, email scams are taking advantage of people’s fear to extort bitcoin....

PSA: Bitcoin Has Been Hijacked

Setting Up A BitCoin Full Node Using Rokos Image On A Raspberry Pi And USB Drive - Duration: 11:32. ... Log data from modbus meter to Raspbery pi (SDM630) - Duration: 11:17. DIY Tech & Repairs ... If Bitcoin catches on on a big scale, it may already be the case by that time. Another way they can become more practical is if I implement client-only mode and the number of network nodes ... Satoshi built a viral loop into Bitcoin's protocol: “As the number of users grows, the value per coin increases. It has the potential for a positive feedback... Theta streaming protocol supports full Video-on-Demand (VoD) and distributed storage functionality 2020 Q2 The first implementation of decentralized file-sharing of any content type, such as game ... As the size of the blockchain grows, the requirements for storage, bandwidth, and compute power, goes up and up and up. Why does this cause a problem? Because every fully participating node in the ...